I feel like I’m the target of some kind of vigilante justice but what am I guilty of? Being with a king? 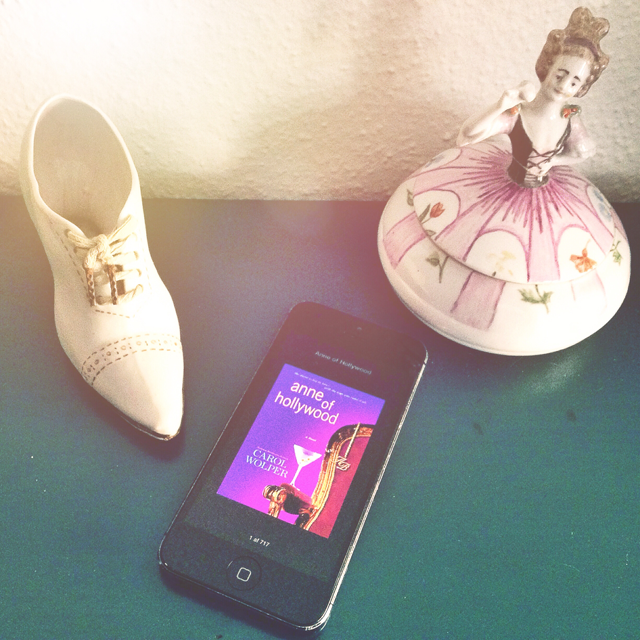 Title: Anne of Hollywood
Author: Carol Wolper
First Published: 2012
My Rating: 4 of 5 stars (average rating on Goodreads: 3.26)
I would recommend this book to: Anyone interested in different chick lit and the Tudors

Anne of Hollywood is a fun twist on Tudor history. Anne Boleyn, a beautiful and ambitious woman, marries her sister’s ex-boyfriend, Henry Tudor, a man so rich and powerful, he’s almost royalty. Anne is, by Hollywood standards, a nobody, and she’s being punished for marrying above her. And for not just slipping into the background, as a good little trophy wife is meant to do. She’s dangerous, and must be gotten rid of.

I’m no Tudor expert, but as far as I can tell, Anne of Hollywood is a pretty good interpretation of what we know of Henry VIII and Anne Boleyn. And the adaption of the story into a crazy Hollywood life was fun. And truly terrifying. It was a bit hard to read a book where almost all the characters are so utterly unsympathetic that you would run away screaming if you met them in real life.

It bothered me that I didn’t really understand Anne Boleyn. She made more sense to me in the 1500s than in present day America. I guess it’s a Hollywood thing. One thing I didn’t get was what she saw in Henry and why she’s so desperate to stay with him. Yeah yeah, he’s rich and powerful and provides a certain life style. But he’s not a nice person and Anne doesn’t seem to be in love with him. Instead she spends her time trying desperately to please him. I.e. when she’s not worrying about his numerous lovers. I kept wishing for a twist where she would simply leave him, get a nice apartment and settle down with a cute guy who’ll ask her how her day was and cuddle on the couch while watching Netflix.

How many guys could have dated sister, dumping one and marrying the other … survived an ugly divorce and his ex-wife’s accidental overdose, has dated more wild girls in the past than a rock star and still be leading in the polls for a major political office?

I liked how the novel ended but I didn’t care for the way it was carried out. It seemed rushed. In a matter of two pages, Anne went through a drastic development that just didn’t seem credible.