I have never allowed a gentleman to dictate to me, or to interfere with anything I do. 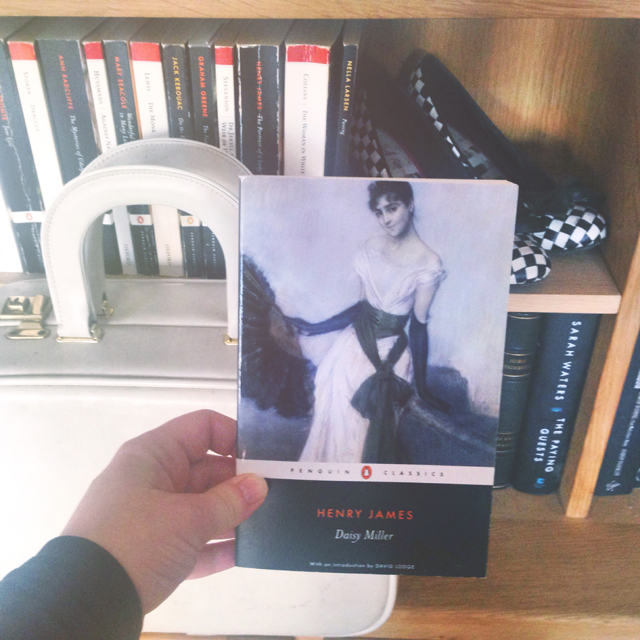 Title: Daisy Miller
Author: Henry James
First Published: 1878
My Rating: 3 of 5 stars (average rating on Goodreads: 3.33)
I would recommend this book to you if:
– you like Edith Wharton
– you’re interested in the unwritten rules of the American upper class in the 19th ct.

I first read Daisy Miller for an American literature class about 10 years ago. I remember loving the story, it’s themes and the points it makes. I found it so interesting that I considered doing my Bachelor’s project on Henry James. It’s a book that means a lot to me, as it let me to the works of Edith Wharton who is now one of my favourite authors.

So I was quite excited about revisiting it on audio for the Readathon. It left me with mixed feelings, though. I still loved the characters – especially the contrast between Daisy and Winterbourne’s horrible aunt. I’ve never cared much for Winterbourne, but he’s an interesting symbol of a character controlled by the norms of the upper class to the point where personal opinions and happiness count for nothing.

They are hopelessly vulgar. Whether or no being hopelessly vulgar is being ‘bad’ is a question for the metaphysicians. They are bad enough to dislike, at any rate; and for this short life that is quite enough.

On the other hand, I had expected more from what I remembered. And I think it was a mistake to listen to it on audio, as I didn’t care for the narrator. Her overall reading was OK, but I really disliked the way she read Daisy’s lines.