How do you live like this?
I pretend I don’t 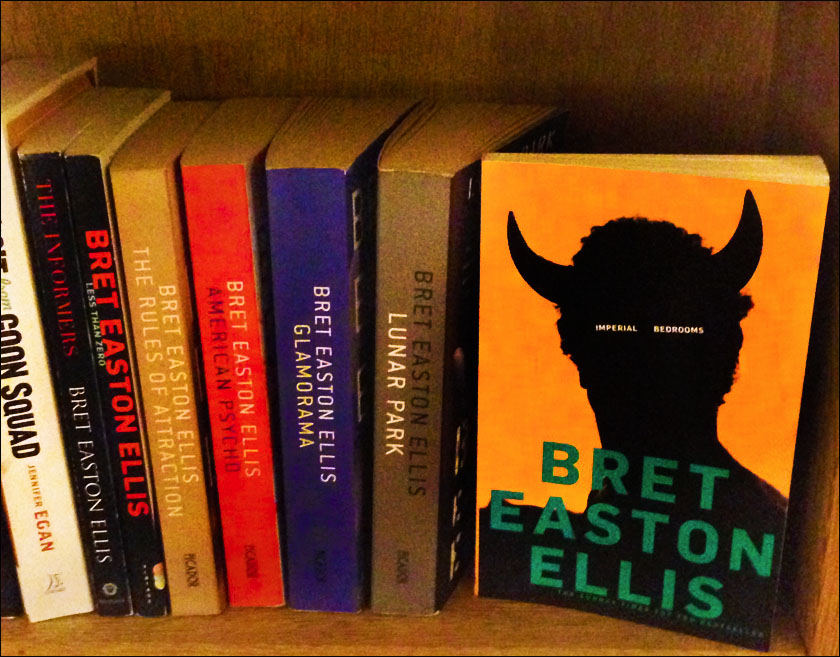 Title: Imperial Bedrooms
Author: Bret Easton Ellis
First Published: 2010
My Rating: 4 of 5 stars (average rating on Goodreads: 3:07)
I would recommend this book to: anyone interested in Bret Easton Ellis’ novels.
The Beginning: They had made a movie about us.

Imagine the characters of Less Than Zero – only instead of teenagers, now they’re middle aged. But none the wiser. Then add the paranoia of Glamorama and finish the story off with the desperation, loneliness, insanity, perversity and extreme violence of American Psycho. Then you have Imperial Bedrooms.

There’s nothing new under the sun – Imperial Bedrooms sums up Ellis’ writing neatly. I happen to like Ellis’ novels. I therefore enjoyed this novel immensely. I read it over a couple of days in Palma, and exclaimed from time to time “I really like this” to Mr. Boyfriend. But when I’d turned the last page, I thought: “Is that it?”

The novel affected me the way Ellis’ novels always do: his descriptions and characters fascinate me. His stories are so different from my life. Reading an Ellis novel is like reading science fiction. It’s just that alien to me. Imperial Bedrooms was no exception. But it was a lot like a repetition of his earlier works, and that’s why I initially thought I couldn’t give it more than 3 stars.

I changed my mind while writing this review. Suddenly I could see the brilliancy of the novel: How Ellis toys with the reader’s perception of the protagonist, Clay. I felt sorry for him throughout most of the novel. His loneliness and longing for love was heart-breaking:

What keeps me interested–and it always does–is how can she be a bad actress on film but a good one in reality? This is where the suspense of it all usually lies. And later, for the first time since Meghan Reynolds, I think hopefully – lying in bed, lifting a glass filled with champagne to my lips, her face hovering above mine, that maybe she isn’t acting with me.

Towards the end, my perception of Clay altered drastically to disgust and hatred. And left me wondering if I could trust this character at all: Did these things really happen? As in American Psycho, we’re not supposed to know. What’s important is not “If” but “Why”. And no one puts this question better than Bret Easton Ellis.