“Surviving is one thing,” he said quietly, his voice suddenly calmer, “but you’ve got to have a reason to do it. There’s no point in living if you don’t have anything worth living for.” 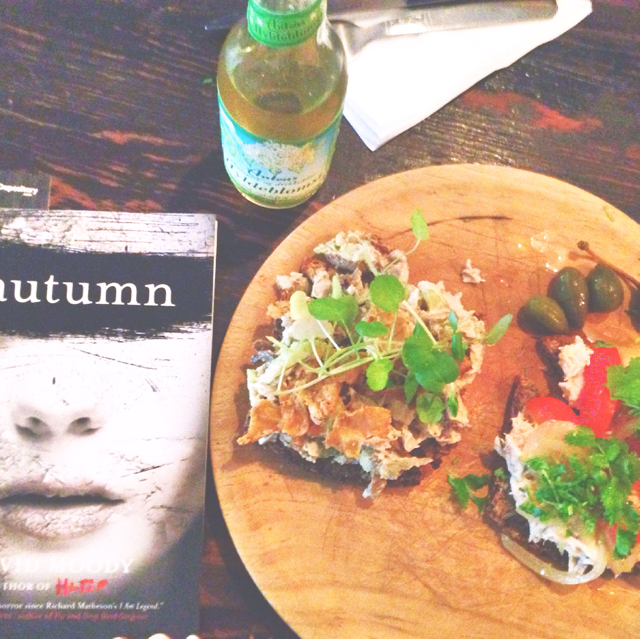 Title: Autumn
Author: David Moody
First Published: 2001
My Rating: 3 of 5 stars (average rating on Goodreads: 3.68)
I would recommend this book to: anyone who needs a zombie-fix.
The Beginning: Billions died in less than twenty-four hours.

99 % of the population dies suddenly of a mysterious disease, only to rise again after 24 hours. At first they just walk around, aiming towards light and sound, but as they days pass they turn more and more aggressive. We follow a small group of survivors trying to figure out how to survive and live in constant danger as their loved ones are dead and the entire world has changed.

After David Moody’s brilliant Hater series, I had huge expectations for this zombie-series, Autumn. And if I’d read this book a few years back, I would probably have gotten a kick out of it. But after 5 seasons in company of Rick, Daryl and Carol from The Walking Dead, it takes a bit more to knock me off my feet. Autumn was pretty standard to me, and I had expected something beyond standard from David Moody. It lacked the originality and the twists we saw in Hater. There was nothing that blew my mind about it.

And there was one thing that annoyed me: it may sound weird, but the survivors kept asking each other if they ‘were OK’. I know that’s probably normal under the circumstances to check in with your fellow survivors, but when the question ‘Are you OK’ is repeated three times in two pages (or something like that), it gets annoying.

One thought on “Autumn”