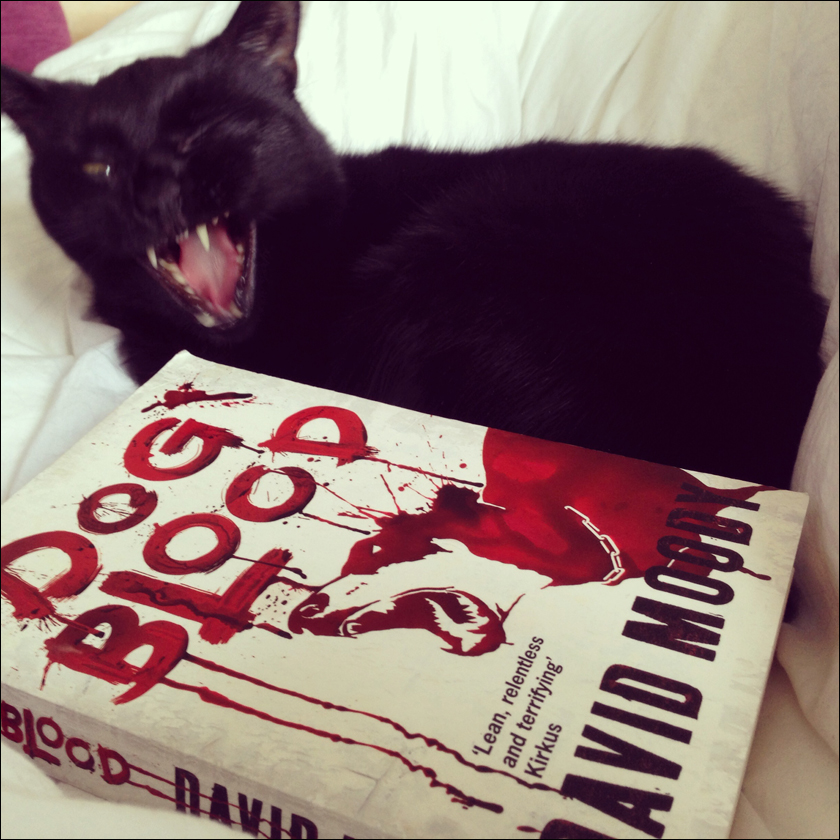 Title: Dog Blood
Author: David Moody
First Published: 2010
My Rating: 4 of 5 stars (average rating on Goodreads: 3:79)
The Beginning: The cause of the Hate (as it had come to be known on both sides of the uneven divide) was irrelevant.

I knew it would be difficult for Dog Blood to match Hater. The second instalment is always difficult. We don’t get the excitement of the first novel, the what-the-hell-is-going-on-rush, which was really powerful in Hater, where we really didn’t know what the hell was going on. That was amazing. Second instalments can be both brilliant and horrible. Good authors use the second book to explain things, to focus on the characters or to just tell us more awesome stories. Bad authors (very bad!) just use it for filling. Or to earn extra money (bad, bad authors!).

Dog Blood falls into neither category. I didn’t feel the same zsa-zsa-zsu as I did in the first one. But it was still freaking thrilling. It’s one of those books that swallow you whole – whenever I opened it, I was completely dead to the world. Speaking of dead, this is the first time the word “zombie” found its way into the story:

‘We drag ourselves around constantly, looking for unchanged to kill. It’s almost like we’re feeding off them. When you’re killing, you feel alive, like you can do anything, but the rest of the time it’s like you’re in limbo. Just existing. Not really living, but not dead either …’

‘So what are you saying?’

I’m usually not that crazy about the last instalments – you know, the final battle. I don’t really care that much about battles, I care more about the descriptions and character developments. But I’m very curious about Them or Us, the last one in this series. Many of the things I expected to be settled in the last book, were already put to a horrifying end in Dog Blood. I’m so excited about the next one, but have to wait a while before I buy it, as there’s simply no space left in my to-read-shelf.