You could get away with anything, it seemed, if you were on the telly. 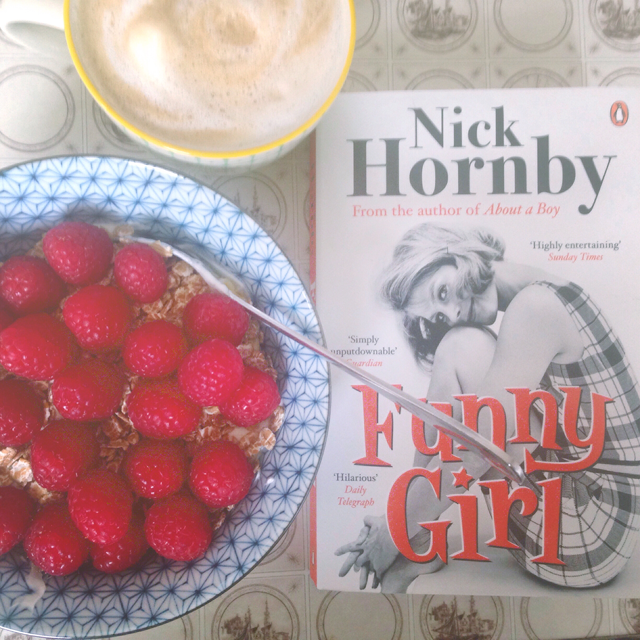 Title: Funny Girl
Author: Nick Hornby
First Published: 2015
My Rating: 3 of 5 stars (average rating on Goodreads: 3.38)
I would recommend this book to: Readers looking for a light read
The Beginning: She didn’t want to become a beauty queen, but as luck would have it, she was about to become one.

England in the 1960s: small town beauty queen, Barbara Parker, rejects her new title in pursuit of her dream. Desperate to escape small town life, she moves to London in pursuit of a career on television. After a few twists and turns, she succeeds, changes her name to Sophie Straw, and gets the lead in a successful BBC comedy.

The rest of the novel (about 70%) is about the success of Sophie/Barbara and the show, with shallow glimpses of the other characters’ lives. The plot seemed a bit thin to me. It was entertaining with some interesting characters, but something was missing. I kept waiting for something to happen to shake things up a bit, but it never did. There was no real conflict, just descriptions of what happened to the cast over the years.

Something about the writing and the plot seemed off. I don’t think the story and the characters were suited for a novel. I believe the book would have been much more suited as a manuscript for a TV series. It could be a light substitute for Mad Men. Just replace New York with London, and a TV show with an advertising agency. There’s no replacement for Don Draper, though, but that’s a cross we all must bear …

Years later, Tony would discover that writers never felt they belonged anywhere. That was one of the reasons they became writers.