No writer should be the same as another, that’s not art. 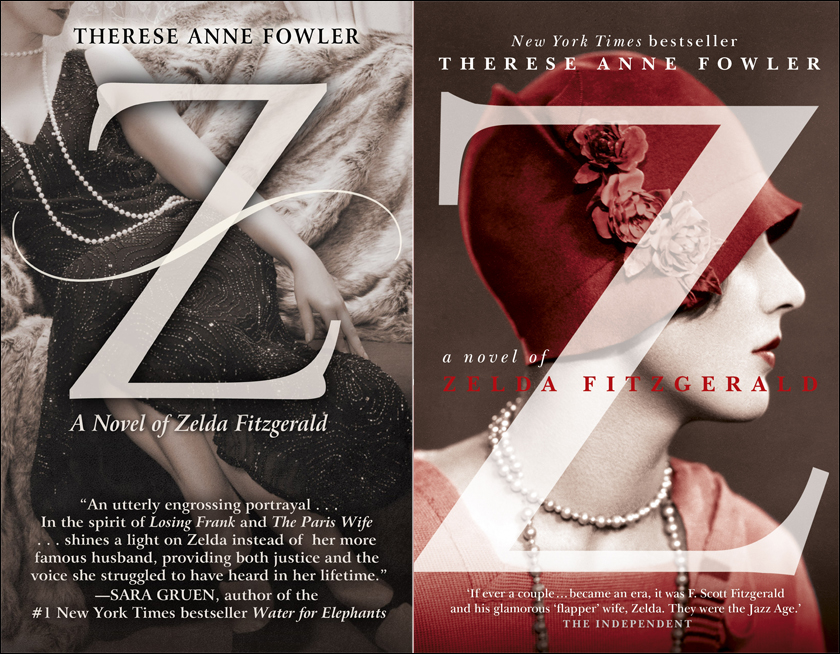 Title: Z: A Novel of Zelda Fitzgerald
Author: Fowler, Therese Anne
First Published: 2013
My Rating: 4 of 5 stars (average rating on Goodreads: 3.74)
I would recommend this book to: Anyone interested in the Jazz Age & The Fitzgeralds

Marry me, Zelda. We’ll make it all up as we go. What do you say?

What an enjoyable and delicious read! I felt I was right there next to the Fitzgeralds. I danced at their parties, sipped their champagne, inhaled their cigarette smoke, looked over their shoulders as they wrote stories and essays, and took sides when they argued.

The audio did the story and period credit. It opened and closed with a little jazz tune – so atmospheric! The novel did really well in describing the Golden 20s. It’s an interesting time to read about and the Fitzgeralds are brilliant characters – ambitious and wild young people throwing themselves at parties, alcohol and drugs.

It’s a grown-ups’ playground, isn’t it?

It was wonderful getting to know Zelda Fitzgerald, the woman behind the Great Scott Fitzgerald. I loved her as a rebellious teenager, devoted bride in love with her brilliant husband, lonely wife and passionate artist and dancer. I enjoyed Zelda’s take on early feminism -it seemed honest and touching in many ways. She could see sense in feminism, admired these strong and independent women, but had no idea how to become one herself:

I considered how I might become more like the women I respected and admired. Surrounded as I was by ambitious, accomplished women, I couldn’t ignore the little voice in my head that said maybe I was supposed to shed halfway, and do something significant. Contribute something. Accomplish something. Choose. Be.

It’s always a bit difficult to read a novel about the wife of one of your favourite authors, though. I can’t help despising them a bit. Even though it’s part fiction and I don’t really know how much can be trusted, I feel like yelling “You selfish bastard! I’ll never read any of your books again! There!” I felt the same way a few years back when I read The Paris Wife, a story about Hemingway’s wife, Hadley. I love Hemingway’s work, but now he makes me frown! Reading this one didn’t help, as Ernest and Scott’s friendship were a huge part of the story. And both behaved awfully! Bad boys!

I’ve come to wonder whether artists in particular seek out hard times the way flowers turn their faces toward the sun.

But I’m always a sucker for a new story, and reading this one left me with a ton of other books I just HAVE TO READ! Well at least two: Scott’s The Beautiful and Damned and Zelda’s Save me the Waltz.