I love it when my shoes match my book: 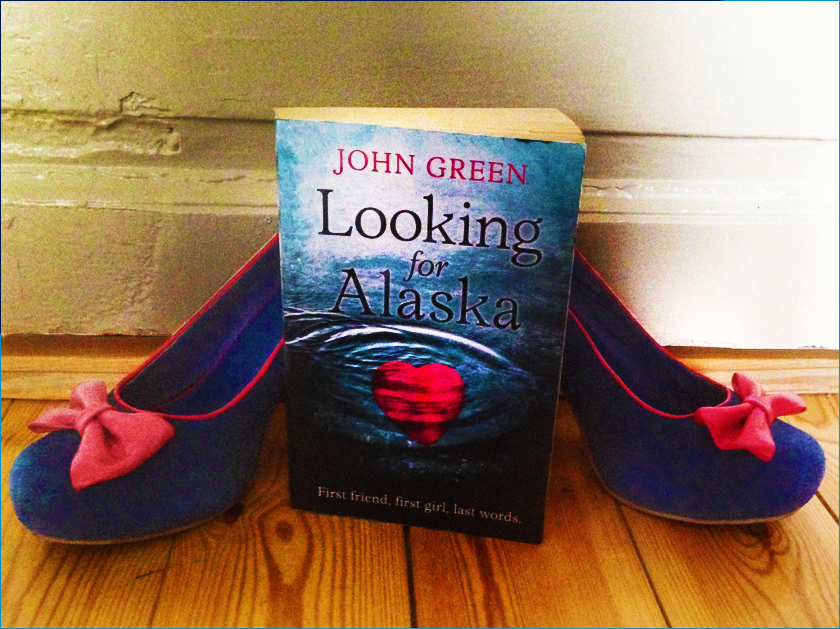 I would recommend this book to: Anyone who enjoys a good, well-written story and appreciates a good laugh.

The Beginning: The week before I left my family and Florida and the rest of my minor life to go to boarding school in Alabama, my mother insisted on throwing me a going-away party. To say that I had low expectations would be to underestimate the matter dramatically. (…) The only thing worse than having a party that no one attends is having a party attended only by two vastly, deeply uninteresting people.

The book had me from the very first page, and the last 261 pages didn’t disappoint. The story was touching, entertaining and heart breaking. In short, it’s about a young, geeky and friendless guy, Miles Halter, who collects famous people’s last words: Other people had chocolate; I had dying declarations.

Miles leaves his home for boarding school in Alabama where he makes his first friendships and falls in love for the first time. I won’t go into the plot’s details as it will be impossible to avoid spoilers.

“It’s not because I want to make out with her.”
“Hold on.” He grabbed a pencil and scrawled excitedly at the paper as if he’d just made a mathematical breakthrough and then looked back up at me. “I just did some calculations, and I’ve been able to determine that you’re full of shit.”

The characters were all quite special and well thought out, having something unique and real about them. I liked that there was a sense of irony throughout the book – both in the protagonist and in the other characters. And like a true bookworm, I’m always a sucker for characters who love to read:

“Have you really read all those books in your room?”
Alaska laughing- “Oh God no. I’ve maybe read a third of ‘em. But I’m going to read them all. I call it my Life’s Library. Every summer since I was little, I’ve gone to garage sales and bought all the books that looked interesting. So I always have something to read.”

I wanted so badly to lie down next to her on the couch, to wrap my arms around her and sleep. Not fuck, like in those movies. Not even have sex. Just sleep together in the most innocent sense of the phrase. But I lacked the courage and she had a boyfriend and I was gawky and she was gorgeous and I was hopelessly boring and she was endlessly fascinating. So I walked back to my room and collapsed on the bottom bunk, thinking that if people were rain, I was drizzle and she was hurricane.

This is one of the rare occasions when I know I’ve discovered a new author. This was my first John Green, but I know I’ll have to read everything he’s written. If you haven’t read this book yet, get to it!

At some point we all look up and realize we are lost in a maze.