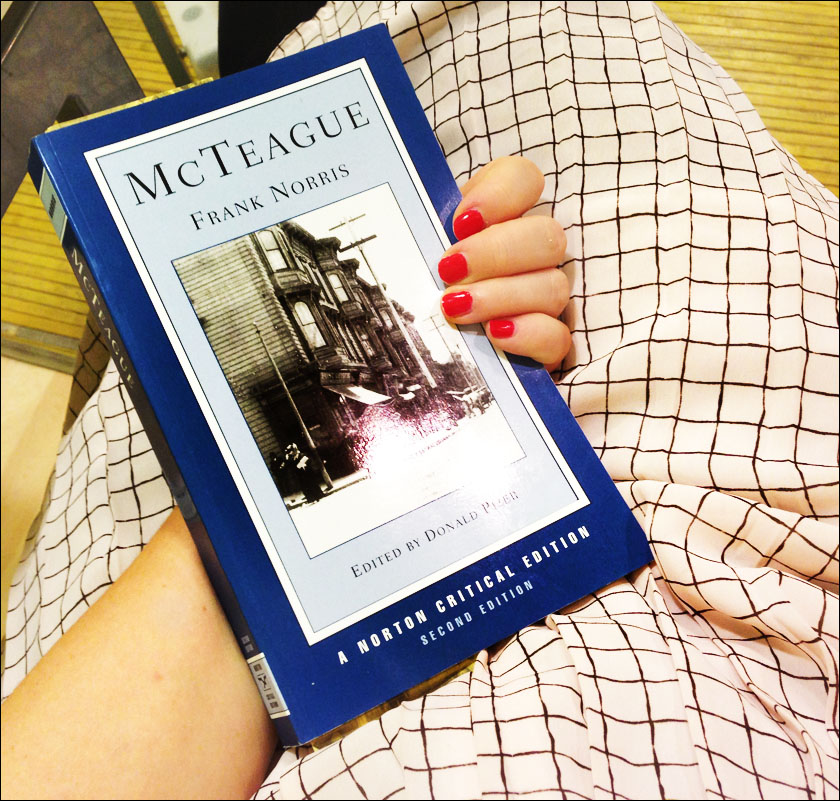 Title: McTeague
Author: Frank Norris
First Published: 1899
My Rating: 2 of 5 stars (average rating on Goodreads: 3:63)
I would recommend this book to: No one …
The Beginning: It was Sunday, and, according to his custom on that day, McTeague took his dinner at two in the afternoon at the car conductors’ coffee-joint on Polk Street.

Although somewhat entertaining, this book wasn’t for me at all. It was an exaggerated and silly story in disguise of a portrait of human nature and greed. McTeague, a simple dentist who is content with his life, falls in love with his best friend’s cousin/girlfriend, Trina. The friend, Marcus, lets McTeague have her. Trina then wins a huge amount of money. Marcus is overwhelmed by envy over what he’s lost, Trina is obsessed with her stack of money, and McTeague wants his share of the stash. It becomes violent, ugly, more violent, tragic, more violent again, and then they all die. The end.

It was silly and overdone. The story / point / theme of greed wasn’t conducted in any refined or smart manner. It was just too exaggerated and unrealistic. What really got to me was that every single character (apart from an old couple) was extremely stupid and greedy. I guess Frank Norris was trying to say that money, poverty and greed made them this way. Oh, please! No one is that stupid! It would have been more believable if it were just one character that acted this way. But all of them? And with such an extreme consequences? Come on! Give your readers some credit. 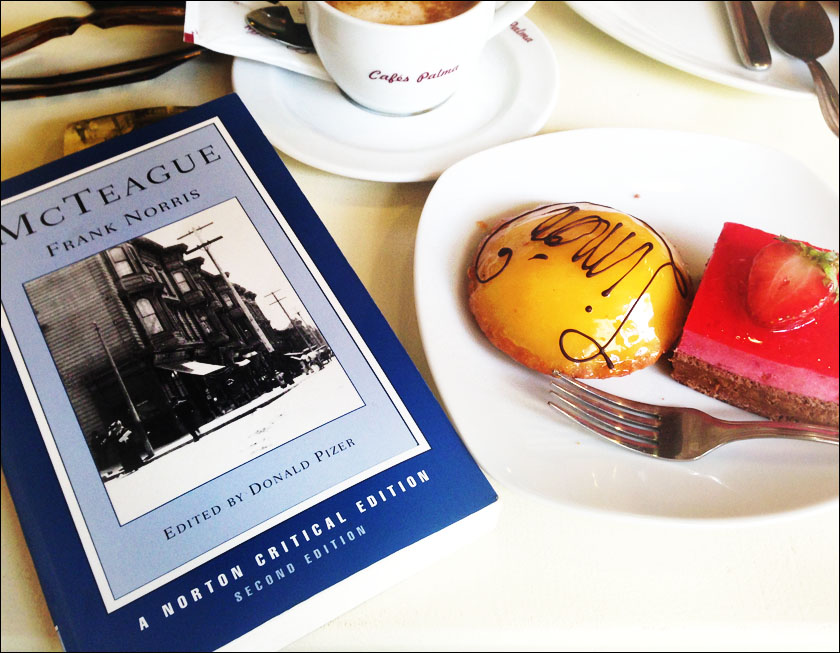