Sylvia rarely flattered the men in her life – she envied them. She was far more likely to compete with a man than a woman. 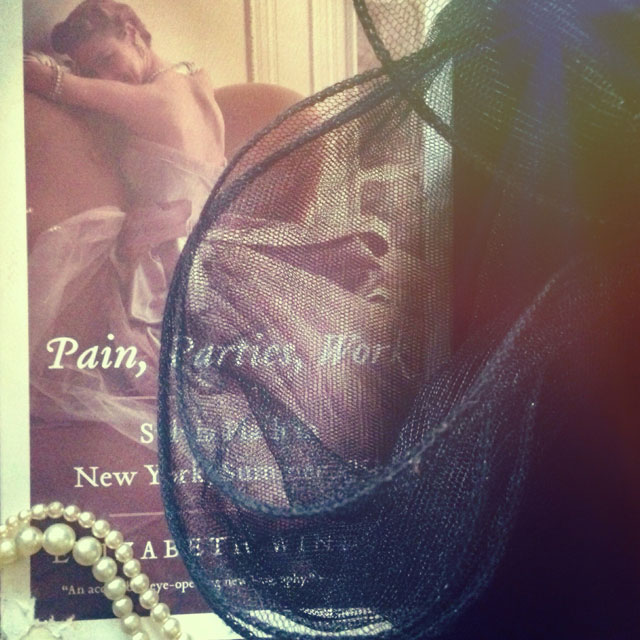 Pain, Parties, Work, Sylvia Plath in New York, Summer 1953, by Elizabeth Winder, 2013
My Rating: 4 of 5 stars (average rating on Goodreads: 3.59)
I would recommend this book to: Anyone interested in 50s fashion and culture, feminism and Sylvia Plath
The Beginning: Her room was the size of a decent closet – beige walls trimmed in maroon paint.

I’ve been dying to read this books since I first heard of it. I adore The Bell Jar, I think it’s an amazing story. To those of you who haven’t read The Bell Jar or who don’t remember it very well, here’s a recap: It’s Sylvia Plath‘s semi-autobiographical novel of a young woman who becomes guest editor on a magazine in New York in the early 50s. For a few weeks, her life becomes glamorous and exciting, but our heroine is slowly falling apart, torn between her ambitions (she wants to be a writer) and society’s expectations of her (i.e. becoming a housewife). The novel is about her downfall and her slow recovery, and ends on a happy note. A few weeks after the novel was published, Plath committed suicide.

With headlines like “Marry Now or Never,” the specter of marriage loomed. It was a constant fear, a threat, a reminder. But Sylvia wasn’t baited by those pretty tales of line and hook: the bride-white cake, the prime rib and steak, marriage- that bleak fable- with Husband cast as warden, the future dead clear and blighted.

There’s something intriguing about a girl supposed to be having the time of her live, falling apart instead. Sylvia Plath has fascinated me since I read The Bell Jar for the first time. In Pain, Parties, Work, Elizabeth Winder tries to depict what really happened that summer in New York, what the other girls on the magazine thought of Sylvia, the work they had to do, their ambitions and how they felt about the way they were described in The Bell Jar.

The first thing that struck me about this book was Winder‘s beautiful writing. Time stopped as I read the first lines, forcing me to read slowly and carefully, rereading certain lines. Winder brilliantly describes the atmosphere, the glamour; I could almost feel the rush from the parties and taste the champagne.

“Sylvia and I were walking down the street. We couldn’t get across because it was crowded with cars and the traffic had stopped. So we saw a man in a cab, and just walked right up to the door and opened it, and asked if we could slide across the seat and go out the other side. And whoever he was just said, ‘Come along with me’. Of course we never went out the other side – we ended up having a few drinks with him.”

I’ve always had a soft spot for books that bestow extra information and anecdotes to a story you already adore. It almost felt like hunger when I opened Pain, Parties, Work for the first time. It had some amusing stories, clever musings and gorgeous pictures.

Before New York, the cracks were already there, but now they began to split open and gape, and the difference between how a thing or a place or a person appears and the reality becomes alarmingly visible, garish.

Pain, Parties, Work was more about fashion and culture than I’d expected. I know it’s a huge part of the story, but I would have preferred more focus on Sylvia’s state of mind. There are limits to how much talk of lipsticks I can take – even though I do love the red little bastards.

Above all, Sylvia prized beauty and form. She was addicted to beauty, devoted to beauty – she worshipped Beauty. She often bought books for their color and texture. Even her boyfriends were classically handsome. She cut away at her life until it fit the gorgeous blueprint she made for it. 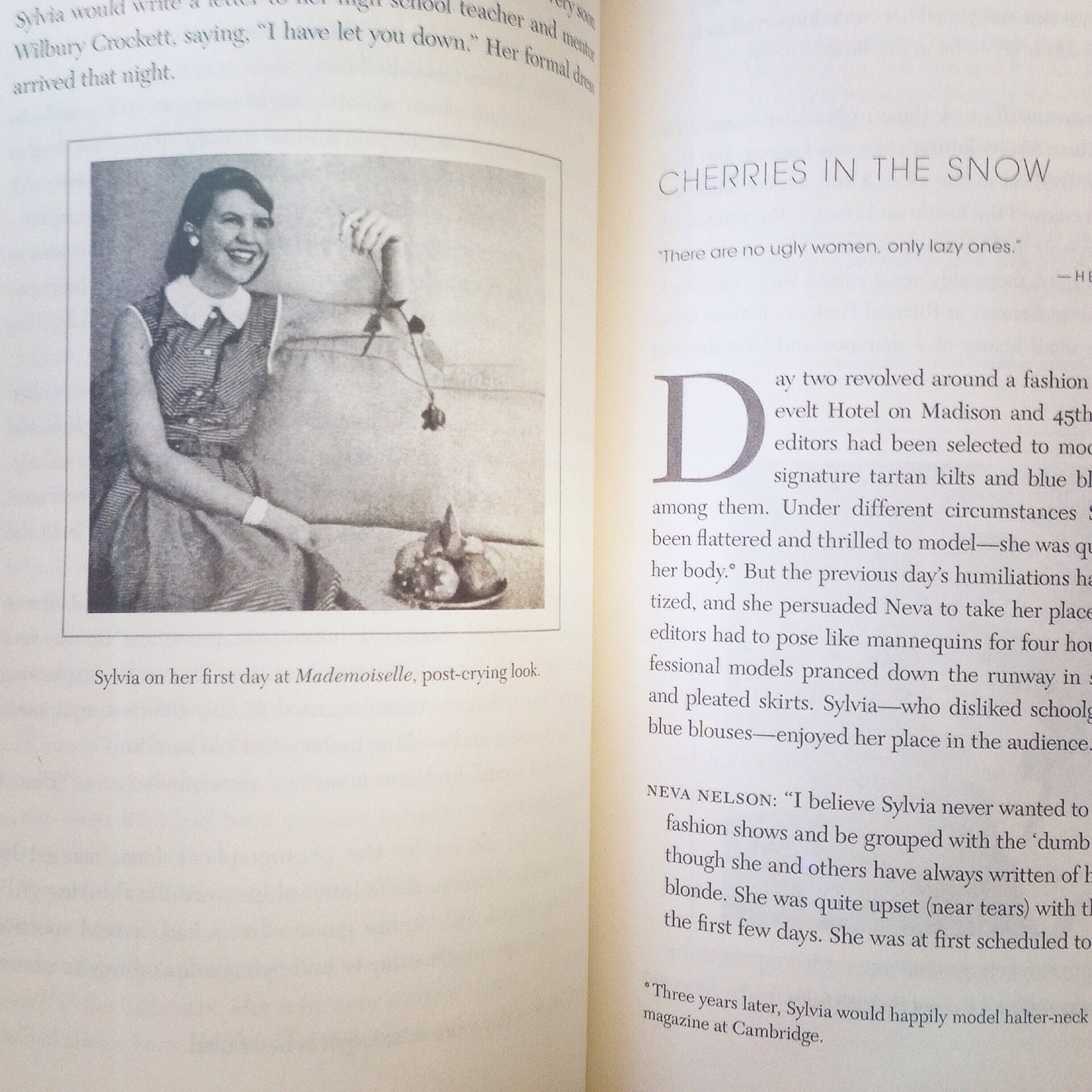