To die would be an awfully big adventure.

Title: Peter Pan
Author: J.M. Barrie
First Published: 1902
My Rating: 4 of 5 stars (average rating on Goodreads: 4.10)
I would recommend this book to: Readers who never grow up
The Beginning: All children, except one, grow up.

What a lovely surprise Peter Pan was. It was such a sweet tribute to imagination and creativity, verging on pure madness. Peter was a fascinating character. I was amused by his cockiness. It was very inspiring and had me laughing out loud more than once. Like this little statement after he remembers what he’s just done:

Oh, the cleverness of me!

He was also a rather interesting character, but we unfortunately only get glimpses of his personality as the novel is so short. I wanted to know more about him, and the final page left me even more curious than at the beginning. Beneath the adventures, the spontaneity and self-assurance there lies a darkness within Peter:

He was looking through the window at the one joy from which he must be forever barred.

Another character I loved was Tinker Bell. I loved how she’s described as being so small that she can only contain one emotion at the time, and the disasters that entailed were heartbreaking, but also had so much potential of a huge novel (with a great love triangle).

It was only in Peter’s absence that they could speak of mothers, the subject being forbidden by him as silly.

The only character I didn’t really care for was Wendy. My inner feminist can’t stand her. I felt Neverland was completely wasted on her as she was more interested in making house than going on adventures. She’s on the verge of growing up and Neverland makes her take the final step into adulthood by pretending to be the mother that the Lost Boys need. But couldn’t she have been a different mother? Why so strict, Wendy? Why do they have to be in bed at a certain hour, when there’s no school in Neverland? And why did they have to take their medicine each day? What on earth for? Yeah yeah, I know they were just playing around, but I think the game could have been more fun with a more daring Wendy. 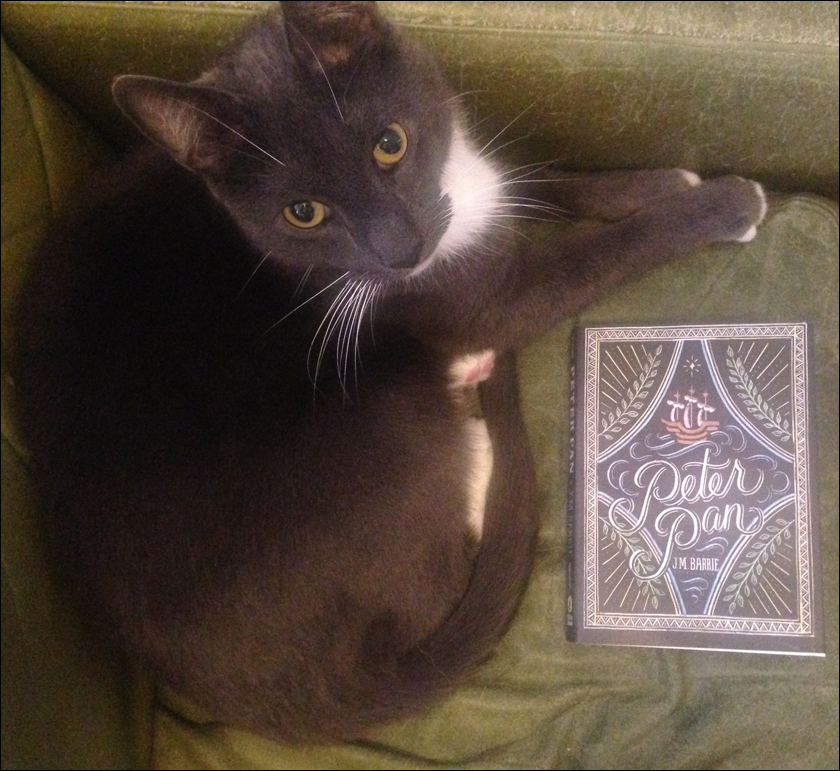