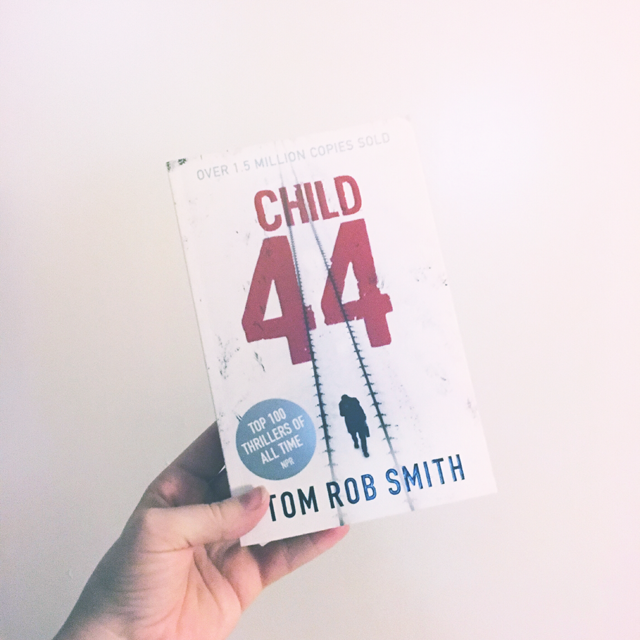 Title: Child 44
Author: Tom Rob Smith
First Published: 2008
My Rating: 3 of 5 stars (average rating on Goodreads: 4.07)
I would recommend this book to: anyone who wants a unique crime novel.
The Beginning: Since Maria had decided to die, her cat would have to fend for itself.

The Soviet Union under Stalin rule: numerous innocent children are found dead, and one officer won’t write the incidents off as mere accidents. As he investigates further, he risks not only his career and life but also the lives of all his loved ones. It’s a world where no one can be trusted and where the State is always right.

To stand up for someone was to stitch your fate into the lining of theirs.

A bit slow at first, but eventually an enjoyable read. I listened to this on audio and was quite entertained throughout. I’m not that fond of crime novels, but this one stands out a bit. The setting is very interesting – it’s not often you come across a novel set in Stalin’s Soviet Union! I liked that. The story was full of twists and turns, and no character is to be trusted.

That being said, the novel has its flaws. The characters are often left in horrible dilemmas, and these dilemmas were over-explained. There were many unnecessary repetitions, which became annoying. But the worst part was that the ending was a bit too silly and unbelievable IMO.