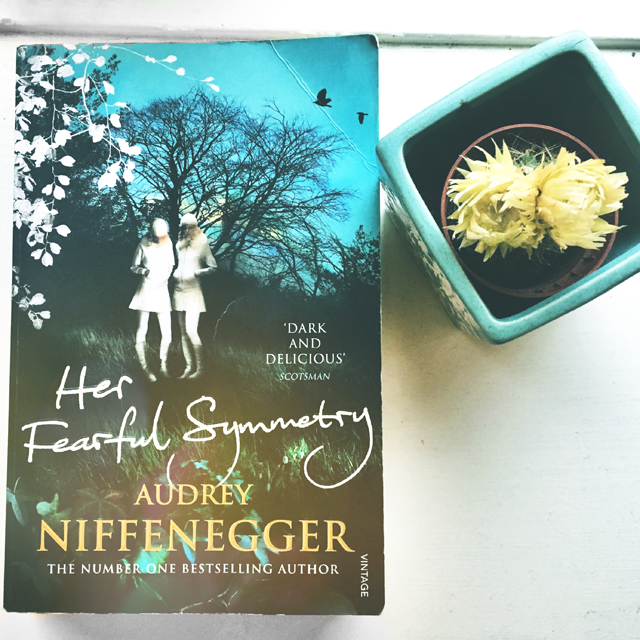 A fine story about love, grief, identity, strange twins and ghosts. Read it if you like your stories weird and with a dash of magic.

When Elspeth dies, she leaves her apartment to her nieces - her twin sister's daughters, Julia and Valentina, who are also twins. They do everything together, both small and big things in life: from sharing a sandwich to skipping college. It's an unhealthy relationship heading for disaster. Julia befriends Martin who is afraid to leave his own apartment, and Valentina befriends Robert, Elspeth's lover. In the meantime, the ghost of Elspeth haunts the twins and interferes with their lives.

This is no doubt a fine story. There's something sad and delicate about it and I can't help but smile whenever I think back to the story and the characters. That being said, it wasn't always a good reading experience. It was very mundane with many unnecessary details about London and Highgate Cemetery. It could have used a good editor.

And Valentina's attempt to be separated from her mirror-twin is just too far out. A childish and over-dramatic action that made the characters unrealistic and somewhat stupid. I stopped caring for the story at this point, which was a shame, as it was just getting interesting.

He thanked her and left the house in the mood of a shipwrecked man who has allowed the rescue ship to pass him by.

2 thoughts on “Her Fearful Symmetry”