Scheduled post – I’m on my way to London right now 🙂 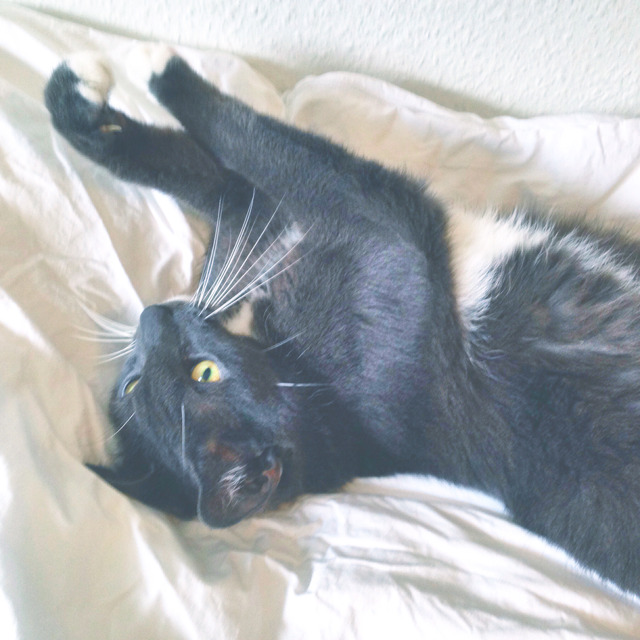 My week has been more social than usual. I have these rules about not having too many plans during the week – I love having a free schedule after work for reading and blogging. This week, however, was a bit busy. Monday and Friday, Mr. Boyfriend’s cousin stayed with us because he had a conference here in Copenhagen. It was nice having him over – I don’t think I’ve seen him since his wedding last summer. The boys cooked while I worked on some book reviews (I have my duties!). On Monday they made Italian food, and a lovely Indian veggie dish on Tuesday. 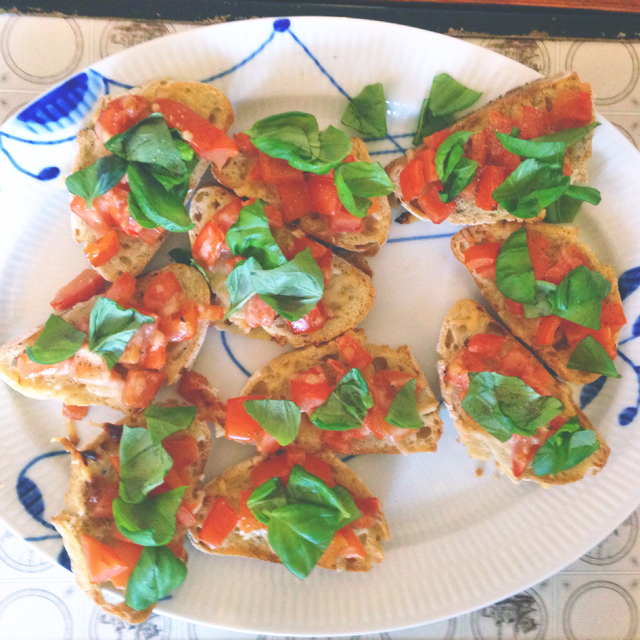 On Wednesday, I did something very embarrassing: I was planning a running sushi event for some people at work, and wrote a very jocular e-mail inviting them. I sushi’ed up my name and added a picture of cats dressed up as sushi. And then I sent the e-mail to a client. The horror! The client politely replied that it sounded nice but she thought there might have been a mistake. And please don’t eat the cat. SO embarrassing! 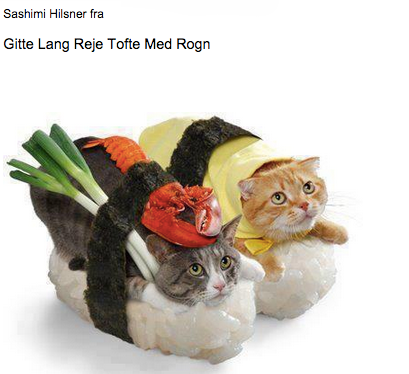 After work I comforted myself with movie night at one of my friend’s. We had take away, a huge amount of snacks and candy, and watched the last 4 episodes of ALIAS. We’ve been watching that show for about 5 years, so it’s quite the end of an era having finally finished the show. 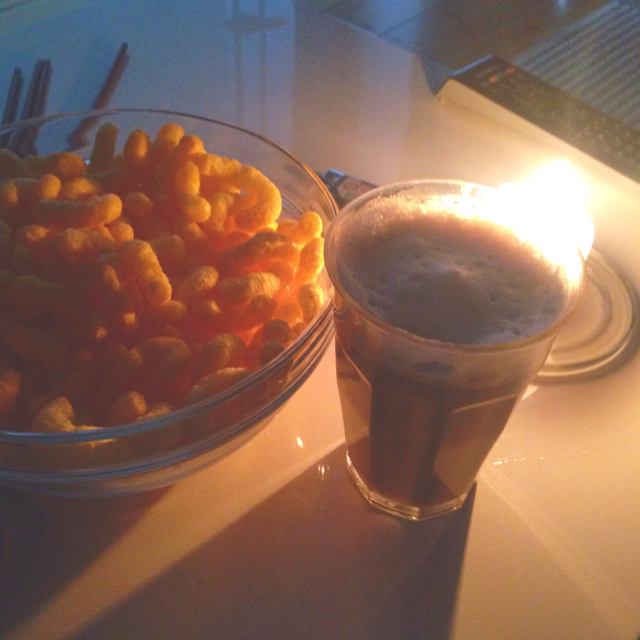 Thursday was a bank holiday, which I’ve already told you about in another post. In the evening we went to dinner with some of Mr. Boyfriend’s family. Friday I had to go to work again, which was really hard when so many had the day off. When I got home, I was exhausted and went to sleep. I woke up when Mr. Boyfriend got home, we had a bit of dinner and watched two episodes of Mad Men (the last season!).

I spent most of Saturday doing laundry, blogging and packing for my trip to London – a much needed vacation! In the evening, we had dinner with one of my friends, her husband and their two kids.

All in all, it’s been a good week. A bit too social perhaps for an old introvert like me, but I always get extra energy when I know I’m going on vacation a few days later.

3 thoughts on “My Week: Sushi Embarrassment”