Reading was like an addiction; I read while I ate, on the train, in bed until late at night, in school, where I’d keep the book hidden so I could read during class. 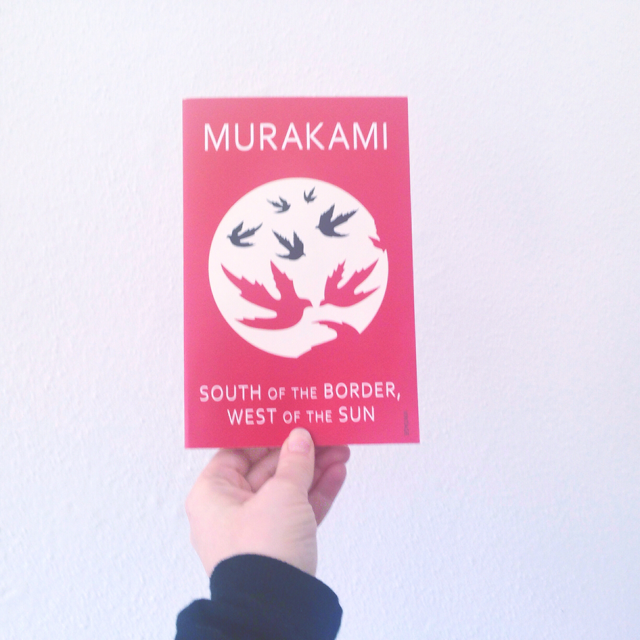 Title: South of the Border, West of the Sun
Author: Haruki Murakami
First Published: 1992
My Rating: 4 of 5 stars (average rating on Goodreads: 3.86)
I would recommend this book to: Just about anyone.
The Beginning: My birthday is January 4, 1951.

South of the Border, West of the Sun is about Hajime, a very unsympathetic man. He lies and cheats and never feels bad about it. He’s selfish with no respect for the people who loves him. Yet I couldn’t help feeling sorry for him. The one he hurts the most is himself. He is incapable of finding peace and being content. A part of him is missing.

As a young boy on the verge of being a teenager, he befriends a girl, Shimamoto, and falls in love with her. They lose touch as he moves away, but he never stops thinking about her. No other woman – not even his wife – can take her place.

For a long time, she held a special place in my heart. I kept this special place just for her, like a ‘Reserved’ sign on a quiet corner table in a restaurant.

Then Shimamoto reappears. Or does she? I still haven’t a clue if she actually reappears or is just a figure of Hajime’s imagination. Or if she’s ever existed – she could be a lonely child’s imaginary friend, an imaginary friend so perfect that no one else will compare.

“Sometimes when I look at you, I feel I’m gazing at a distant star,” I said. “It’s dazzling, but the light is from tens of thousands of years ago. Maybe the star doesn’t even exist any more. Yet sometimes that light seems more real to me than anything.”

But whether or not she exists, she definitely stirs things up. Hajime can no longer hide this longing from his wife, and the longing grows intensely. He becomes unable to pretend as he used to, and he has to do something: devote himself completely or run away with a fantasy.

Most of all, this story is about loneliness, about being unable to connect with other people, of finding comfort in the idea of an imaginary soul mate. Hajime is an only child just like Shimamoto, and it is suggested that this is the reason for their friendship, something they have in common that only they understand. This makes Shimamoto even more perfect in Hajime’s eyes – and it makes her a brilliant candidate to mess up his life. Even if she doesn’t exist.

2 thoughts on “South of the Border, West of the Sun”