I miss being a mistress. I enjoyed it. I loved it, in fact. I never felt guilty. I pretended I did. I had to, with my married girlfriends. 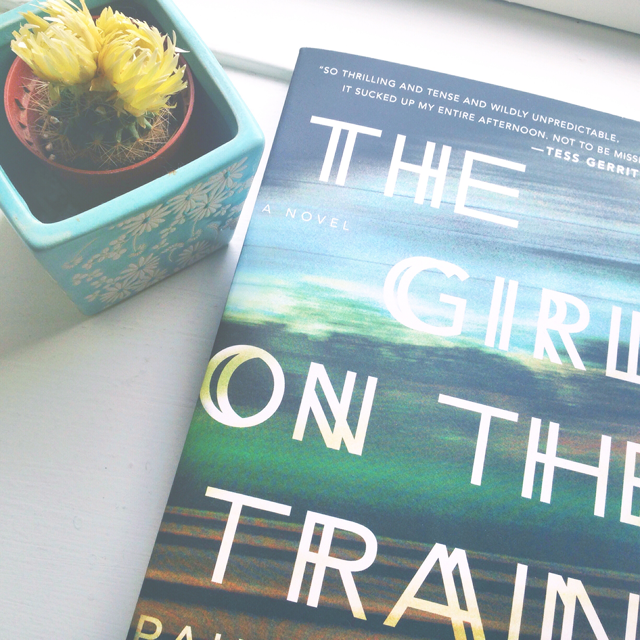 Title: The Girl on the Train
Author: Paula Hawkins
First Published: 2015
My Rating: 3 of 5 stars (average rating on Goodreads: 3.88)
I would recommend this book to: Readers who likes their mysteries with a twist.

The Girl on the Train is about Rachel, a woman whose life has fallen apart. Her husband left her for a new woman a few years back, and is now playing happy family in their house. Rachel has turned to drinking, lost her job and almost all her friends, stalks her ex and his new wife, and spends her days taking the train back and forth, going past her old street. On this street she watches her old neighbor, a husband and wife, and imagines what their lives are like. They become her symbol of true love and the perfect life. Then one day, she sees something shocking from the train window. A few days later it’s all over the papers: the wife has gone missing. What Rachel saw may be important, but who will believe an alcoholic stalker?

I found it very difficult to enjoy this book. The characters were either cruel or downright stupid. I wanted to slap our protagonist over and over again. She was awful! Yes, she had been through something tragic and had been let down horribly by the man that she loved. But her amount of self-pity was out of proportions. Only later do we discover that it might be something deeper, a greater tragedy. But then it’s too late, as we’ve already had hours of constant whining. I found it hard to see what she saw in her ex, a selfish man who made her feel worthless, who wasn’t there for her when she fell apart, and who treated her with cruelty.

You’re like one of those dogs, the unwanted ones that have been mistreated all their lives. You can kick them and kick them, but they’ll still come back to you, cringing and wagging their tails.

I disliked being inside Rachel’s head. I didn’t want to hear her twisted thoughts. Luckily the story was told from several POVs. But that didn’t help as much as I’d thought it would, as all characters – without exceptions – are unsympathetic and twisted. They all had something cruel and selfish about them, making happiness for themselves and others impossible.

Being the other woman is a huge turn-on, there’s no point denying it: you’re the one he can’t help but betray his wife for, even though he loves her. That’s just how irresistible you are.

The story was quite good with many twists and turns as the layers are peeled off the characters. The all have hidden pasts or personalities, all related to the mystery somehow.