My life is whatever the other person in the room wants it to be. 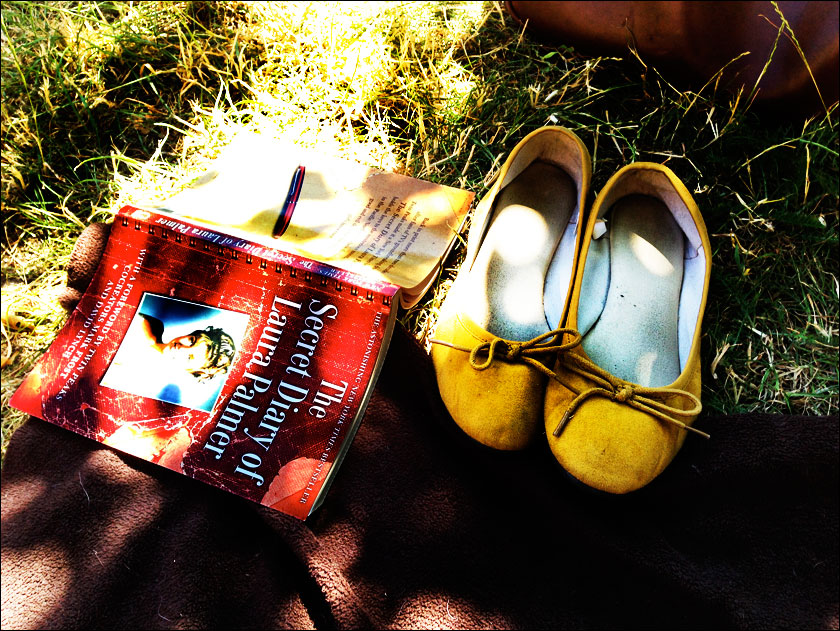 Title: The Secret Diary of Laura Palmer
Author: Jennifer Lynch
First Published: 1990
My Rating: 4 of 5 stars (average rating on Goodreads: 3:51)
Format: Paperback, 184 pages
I would recommend this book to: Fans of Twin Peaks and / or people interested in troubled teenage girls, the subconscious and horror.
The Beginning: Dear Diary, My name is Laura Palmer, and as of just three short minutes ago, I officially turned twelve years old!

I finished the Twin Peaks series a few weeks ago and loved every single episode. Imagine how intrigued I was to learn that there was a Laura Palmer diary written – or seen – by Jennifer Lynch (daughter of David Lynch).

Reading Laura Palmer’s secret diary (as you might remember, she kept two diaries in the series) was quite an experience. So heart-breaking and disturbing. I kept thinking “that poor girl”, wishing I could somehow help her.

The writing was really clever and hit the tone of a young teenage girl, switching between ordinary girl-stuff to horrifying feelings that no girl (or boy) should go through. And all within a few lines! Just take a look at the picture below: 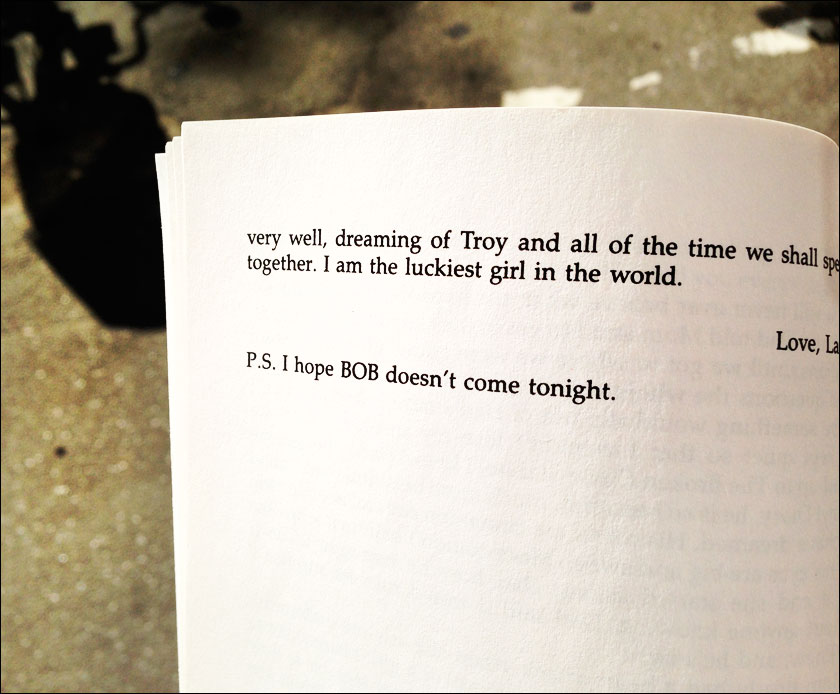 Throughout Twin Peaks, Laura Palmer is a mystery to us: The perfect straight A student whose double life is revealed to us in glimpses. It was fascinating finally getting her side of the story, but horrifying to see how her life was ruined by people she should have been able to trust. It was like a darkness growing inside her, slowly eating her from the inside, manipulating her, making her feel shameful, dirty and isolated. She’s a young girl whose life is stolen from her long before she’s killed:

I am trapped inside a part of me I hate. A hard, masculine part of myself that has surfaced to fight, after small memories and scars come out of me with a suddenness that is sobering as well as horrifying – and I fight to save the Laura I wish I could be again. The one everyone thinks is still around. Me in a sundress, hair in the wind, and a smile engraved into my cheeks by the sharp fear that a man may visit me at any moment this evening and try to kill me.

And BOB – or what he represents – was just as scary in Laura’s diary as in the series. Now we get the perspective of one who’s actually dealing with BOB first hand, someone whose life and mind is ruined by him/it. Laura’s “conversations” with BOB and her attempts to get him out of her head were one of the most horrifying things I’ve ever read. 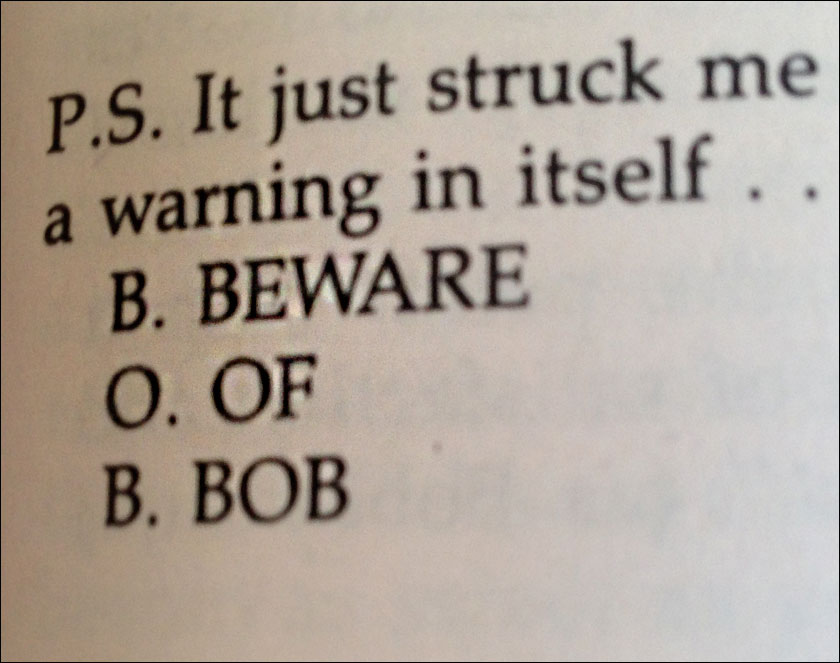 I’ve given the book 4 solid stars, because I think it’s perfect within its genre. So many things could have gone wrong, but never did. The book did the TV series justice but still stood strong as a work on its own. Twin Peaks experts have pointed out some inconsistencies in the book, but I didn’t notice any – but then again, I’ve only seen the entire series one time, so I guess I can’t be classified as a “real” fan. The only thing that bothered me was that it seemed a bit rushed towards the end, that too many characters were introduced at once and that things happened a bit too fast compared to how it started. And that’s what keeps it from being a 5-star read. 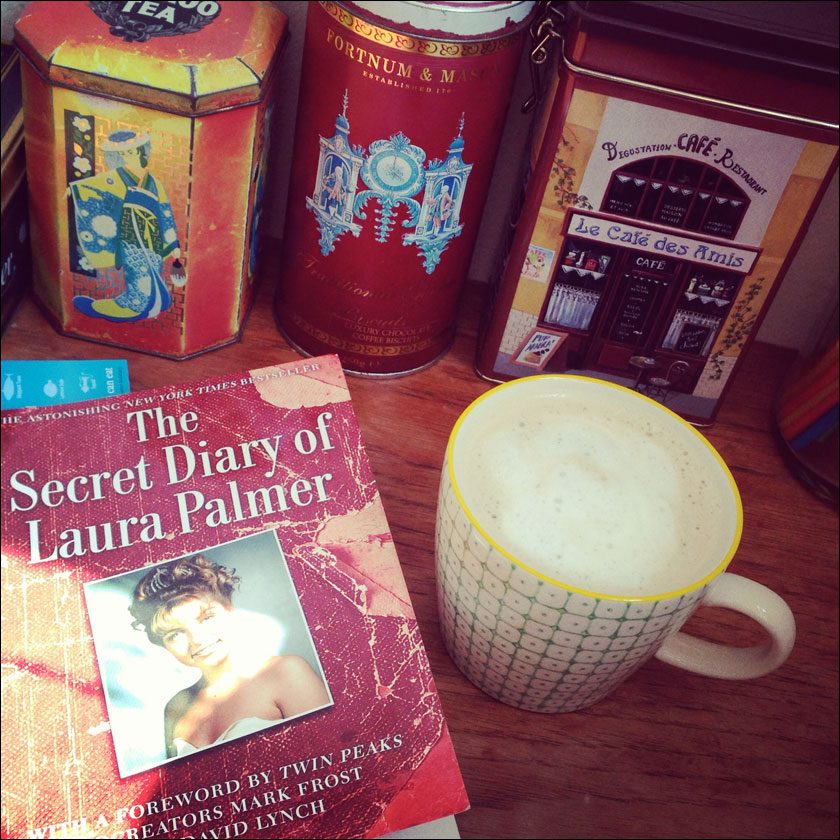 I just discovered another Twin Peaks spin-off: The Autobiography Of F.B.I. Special Agent Dale Cooper: My Life, My Tapes. I HAVE to check this one out … I’ve got a bit of a crush on Dale Cooper …