Their lives were empty, but for the hunt and the kill. It was an inescapable paradox: by destroying their enemy they were also removing their own reason to live. 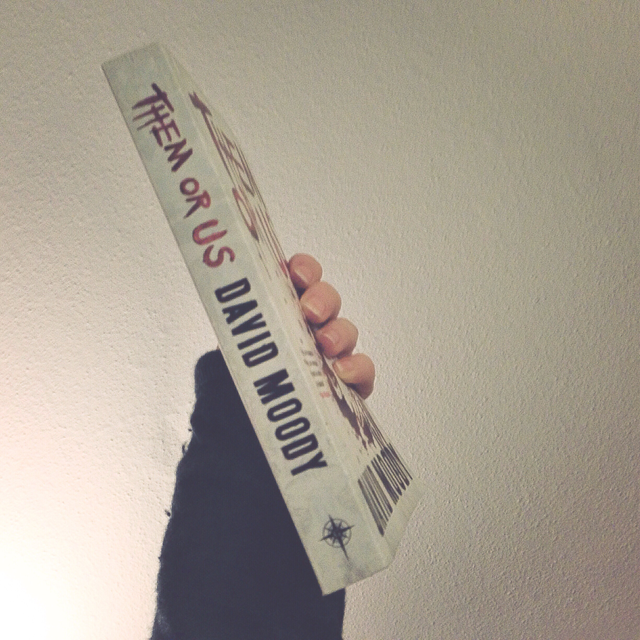 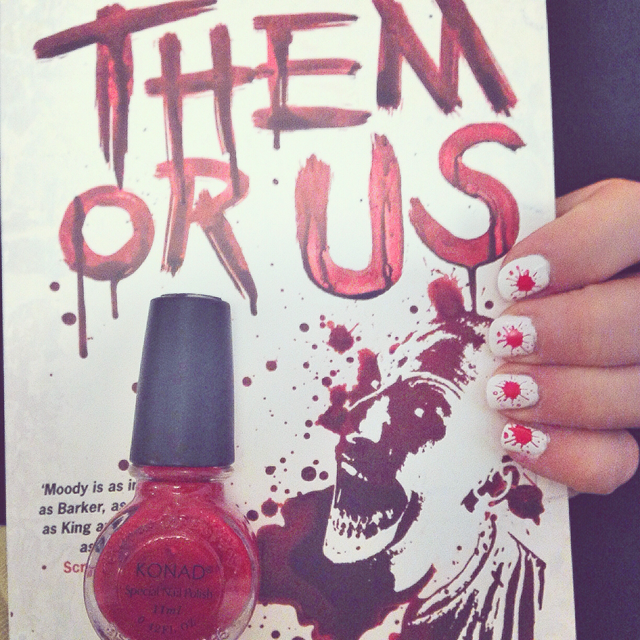 Title: Them or Us (Hater #3)
Author: David Moody
First Published: 2011
My Rating: 3 of 5 stars (average rating on Goodreads: 3.82)
I would recommend this book to: Anyone who wants to know what it’s like on the dark side.
The Beginning: At the height of the last English summer, the skies turned black as coal and never cleared.

I was a bit disappointed by this one, the third and final instalment of the Hater-series. I loved the first novel so much. It was unlike anything I’d read before and it got a well-deserved spot on my top 5 reads of 2013. The second instalment, Dog Blood, was also quite good, but noting like the first one. Them or Us seemed like an anti-climax to the story. Instead of going out with a bang, it slowly drifted away.

And the sad thing is that the plot had such potential. The world as we know it has come to an end, and Danny, our “hero”, is left with the scraps. Brilliant novels have been written about this, e.g. Cormac McCarthy’s The Road (it’s amazing, read it!). The twist and what makes Them or Us unique is that it’s told from the bad guys’ perspective. I’ve been really excited about this, but was left utterly disappointed. I wish Moody had played more with this concept. Instead Danny has second thoughts about the dark side, and longs for the humanity the world has lost. This wasn’t the way I’d hoped the Hater-series would go, even though I enjoyed some of the descriptions. For example, our psycho-killer protagonist got a new habit of curling up in his sleeping bag to read romance novels:

It’s a trashy thriller-cum-romance novel, and as clichéd as it sounds, this sort of book has become something of a release. They help me to forget where I am and who I am, and what I have to deal with each day. They almost make me feel human again.

Details like that made it all worth while. And don’t get me wrong, the novel is entertaining and a very enjoyable read. But it’s not brilliant like Hater. Now I need to get my hands on the first instalment of Moody’s other series, Autumn.